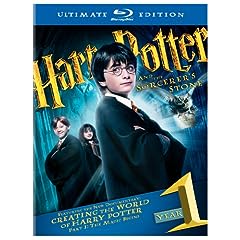 END_OF_DOCUMENT_TOKEN_TO_BE_REPLACED

And in other movieland news….

* MGM is looking more solvent than before, with the help of its significant library. La Finke toldja.

* Willem Dafoe has been cast as sympathetic Martian Tars Tarkas in Andrew Stanton’s upcoming “John Carter of Mars.” It’s been a very long time since I read the books, but the character description reminds me of his “Platoon” character, just a little.

* Where does an actor for whom the ladies swoon go in the masculinity department after playing the hirsuite badass Wolverine and the heroic Gable-esque lead in “Australia“? Well, if you’re movie star/Oscar host Hugh Jackman, you play an Avon cosmetics sales person. I had an aunt who did that; I got aftershave for my tenth birthday.

* After the news of Harry Potter’s big haul (see the post just below), we’ll be seeing more like this, I’m sure.

* Not coincidentally, the blogger-boy cause celebre del dia boils down to a Hogwartsian architectural design and a suspiciously Potter-esque font, and basic concept, in the trailer for something called “Percy Jackson & the Olympians: The Lightning Thief.” My reaction: Chris Columbus is directing, so I’m not sure why anyone even cares. See for yourself…

On Friday I wrote the following:

There’s obviously general agreement about the numbers, but I wouldn’t be surprised if this one proved the prognosticators wrong either by making a lot less or a lot more money than expected.

Well, the only person proved wrongish was me. The only surprise was that that there appear to be absolutely no surprises as Sacha Baron Cohen and director Larry Charles’s “Brüno” is projected to have made $30.4 million to top the weekend — just slightly exceeding the pre-opening estimates. The slightly bad news for Universal is that the film had a rather large drop off in its second day at the box office. Variety calculates it at 39%, Nikki Finke says 37%. (I can’t check who is right because Variety isn’t giving a complete breakdown of the daily performance, and may be working with slightly different numbers than Ms. Finke. I also suck at math.) In any case, it does show an increase over the “Borat” numbers. Also, this kind of film is a bit cheaper to make than some others, possible lawsuits notwithstanding.

No big surprises further down the rankings either, with “Ice Age: Dawn of the Dinosaurs” breaking the $100 million mark with $28.5 million in its second “frame.” That’s an ice-cool $120.6 million so far for the family flick. If I may copy the Variety house style, “Transformers: Revenge of the Fallen” made an automatic $24 million for a Gigantor-sized $339 domestic total, with THR/Reuters proclaiming it “easily the biggest movie of the year.” (Well, I’m still hoping for a surprise.) and “Public Enemies” knocked over the public to the tune of $14.1 million. Nikki Finke is reporting that competing studios are talking down the star-driven gangster movie’s chances of hitting the $100 million mark.

Critics and the public were, for a change, speaking with one voice and gave a box office D-grade to the week’s second wide release, the high school comedy, “I Love You, Beth Cooper.” The adaptation of a novel by original author Larry Doyle and director Chris Columbus matched its dismal critical performance with a seventh place showing, netting a paltry $5 million despite being in 1,858 theaters.