Weekend box office: Can a horsey biopic or a darkly premised romcom disconnect “The Social Network”?

Personally, I would think that, if only because of the eternal fascination of tween girls for all things equine, “Secretariat,” about the seventies triple-crown winner, would be the more likely film to unseat the early Oscar favorite from writer Aaron Sorkin and director David Fincher, “The Social Network.” However, jolly Carl DiOrio (whose background music on his video has become distractingly un-jolly) thinks not, while L.A. Times box office guru Ben Fritz projects a possible $15 million photo-finish between it and “Life As We Know It,” a poorly reviewed rom-com with a bizarre and unlikely premise — Kathryn Heigel and Josh Duhamel hate each other but are somehow saddled with the custody of their dead best friends’ children without their prior consent and, naturally, fall in comedic love.

For its part, “Secretariat” is getting decent, but not too excited reviews. From Randall Wallace, a director with a style that is both big “c” and small “c” conservative and written by Mike Rich of “Finding Forrester” and “Radio,” the tone is definitely old school and inspirational. There’s an audience for that. Perhaps reading more than is there because of Wallace’s past films, Andrew O’Hehir of Salon both praised and damned the film politically, only to be slammed in turn by a liberal of a less snarky nature, Roger Ebert, who writes that “Secretariat was not a Christian.”

On the other hand, the week’s other new release, “My Soul to Take” marks the return of Wes Craven to the slasher horror genre after five years with a 3-D entry that DiOrio thinks has a shot at “the mid-teen millions.” The movie is being sequestered from critics and sure sounds like a retread of past dead teenager films. On the other hand, even as a squeamish guy who will never, ever see his “Last House on the Left” or “The Hills Have Eyes,” I’ve always admired Craven — I’ve been able to make it through a few of his films — and he was nice to me and some other geeks when I met him as a teenager. I won’t be mad if it does better than expected.

In limited release are far more movies than I have time to talk about tonight adequately, but I’ll mention a few anyway.  “It’s Kind of a Funny Story” is actually not such a limited release, as its being opening in 742 theater nationwide. It a dramedy featuring the underrated Zach Galifianakis from the team that made the highly acclaimed indie dramas “Sugar” and “Half-Nelson,” that is dividing critics to some extent, with my colleague Jason Zingale being not too impressed.

We also have some potential Oscar material with the young John Lennon biopic “Nowhere Boy” and potential retching material with the remake of the ultra-controversial grindhouse torturific horror rape-revenge legend, “I Spit On Your Grave” (also on my “never, ever see list”). “It’s a Wonderful Afterlife” is an Anglo-Indian production being touted as a combination of “My Big Fat Greek Wedding” and “Shaun of the Dead.” Finally, I wish I could say better things than I did in my review of the latest from my favorite non-auteur living director, Stephen Frears, “Tamara Drewe” but ex-Bond-girl star Gemma Aterton is definitely worth a look. 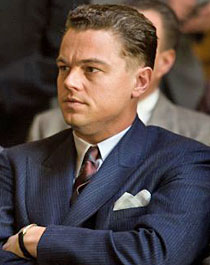