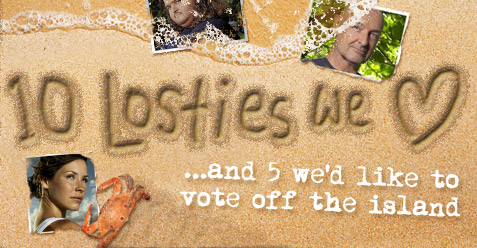 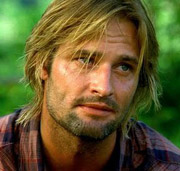 Last week’s season premiere was one of the most complicated episodes that “Lost” has ever produced, so it was sort of nice to just sit back and take it easy for once without having to think too much. Of course, though a lot didn’t really happen plot-wise tonight (the Islanders were nearly killed only to be whisked away to safety by the white light), we did learn quite a few interesting things along the way.

For starters, Faraday’s Oxford experiments were being completely funded by Charles Widmore. That probably isn’t as much of a surprise as it was meant it to be, since it was Faraday who volunteered to join Widmore’s future expedition, but Desmond was plenty intrigued. Then again, Charles Widmore is right up there with Satan on his list of the World’s Evilest Beings, so I’m not exactly sure what to think of his reaction. My first thought was that Desmond was mad at himself for not making the connection earlier (I mean, of course Widmore would be responsible for funding something like that), but it also looked like he might have gained a little compassion for the guy when he discovered that he was helping to keep one of Faraday’s comatose lab rats alive. Then again, maybe not, because he burst into Widmore’s office and demanded information about Faraday’s mother without as much as an “Oh yeah, and Penny just gave birth to our son, and we named him after Charlie, brother!”

And while I’m on the subject of Faraday, does anyone else find it curious that he’s gone from timid physicist to team leader in a matter of days? I don’t want to complain too much, because he’s my favorite character on the show, but it just seems odd that someone so twitchy could become so confident all of a sudden. Nevertheless, after evading a mine field (did anyone else yell “holy shit” when those two red shirts went flying?) and being captured by the Others, Faraday took control of the situation by admitting (read: lying) to Richard Alpert that they’re part of a military invasion. Clearly, Alpert isn’t as smart as he seems, because as one of the Others so bluntly pointed out, there’s no way that Faraday, a British girl and a Chinese guy are members of the U.S. Army; at least, not in 1954.

I’ll be curious to see what more is made of this development in the coming weeks, because with the exception of the dead U.S. soldiers that Miles “heard” and the giant Hydrogen bomb that’s sitting in the middle of the island, there doesn’t seem to be much of a connection to the rest of the mysteries. There is, however, a possible connection to Faraday himself, and it’s the Other named Ellie. Not only does he mention that she looks familiar, but the rat in Faraday’s time travel experiment was named Eloise. Coincidence? I think not. Furthermore, Fionnula Flanagan’s character, the one working with Ben to help the Oceanic 6 get back to the island, is credited as Eloise Hawking. Could Ellie be Faraday’s mother, and if so, how will she factor into the story?

It’s anyone’s guess at this time (heck, Flanagan’s character hasn’t even been formally introduced), and I’m not going to worry about it when there’s far juicier stuff to discuss like, oh I dunno, that Charles Widmore used to be an Other! Go ahead and mark that up as most surprising reveal of the night, because while I knew that that smartass kid had to be someone important, I never imagined it would be Widmore. It makes total sense, though, because how else would he know about the island? Why he left and wanted to come back, however, is a completely different matter, but he clearly still has a few things to learn in the meantime. “What, you think he can track me? You think he knows this island better than I do?” Um, yeah, it’s John Locke, dude. That’s a guy you definitely don’t want to mess with, even if he’s kinda, sorta already dead.