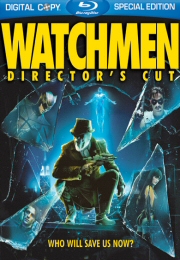 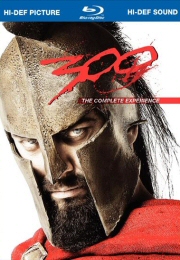 With the number of different editions already available, Zack Snyder’s “300” is quickly shaping up to be the new “Army of Darkness.” Of course, it’ll be hard for Warner Bros. to milk the movie any more now that they’ve put out The Complete Experience, because unlike last year’s lackluster Limited Collector’s Edition, this is one release well worth the double-dip. All of the extras from the previous versions have been preserved (except for the “To the Hot Gates: A Legend Retold” documentary”), but the real standout is “The Complete 300: A Comprehensive Immersion,” a new interactive experience that delivers picture-in-picture video, trivia and mini-featurettes for three unique perspectives: Creating a Legend, Bringing the Legend to Life, and The History Behind the Myth. Better yet, a three-button HUD in the top left corner of the screen alerts you whenever new material is available, so you can either skip around or stick to one set path. Director Zack Snyder has also recorded a new commentary track where he compares the finished film to the original blue screen composite (shown via picture-in-picture), while the original test footage that Snyder shot is no longer hidden as an Easter Egg. Oh yeah, and the movie looks absolutely amazing in high-definition, but you really didn’t need me to tell you that, now did you?