Was it just me, or did the conclusion of tonight’s “True Blood” season finale feel somehow…anticlimactic? After spending the majority of the season waiting for the grand conclusion of the great and powerful Maryann’s storyline, only to have those matters wrapped up by the time the episode reached its halfway point, I felt a little cheated. Not that it necessarily needed to be dragged out any longer than it already had been, but, still, it felt like things ended not with a bang but a whisper, which is exactly what we haven’t come to expect from this series.

After Sookie was forced by Lafayette to slip into a bridesmaid dress but before all Hell broke loose, we found out from Maryann that Sookie is “beyond human,” though we didn’t make any particular headway in discovering what that actually means. Sookie did, however, finally break down and ask the question that the majority of the viewers had been wondering since last week: “Okay, what is with the egg? Did you lay it?” Nope, it’s an ostrich egg, and it represents fertility. Fair enough.

Jason and Andy once again scored a couple of classic comedic moments, with the best being Jason’s recitation of great movie quotes, concluding with, “I love the smell of nail polish in the morning.” I was surprised, however, to see both of them quickly slip over to the dark side. (I really thought that Andy was immune to Maryann’s powers, and that we were going to find out this week why he hadn’t ended up as one of her minions.)

As for Maryann’s marriage ceremony, I dug the off-kilter wedding march, but the nuptials themselves were a letdown. After Sam and Bill had their discussion at Merlotte’s, we knew that Bill wouldn’t just give Sam over to Maryann, so it was obvious that the two of them had concocted a plan of some sort. I admit to being surprised that Sam was actually stabbed…I didn’t know what their plan was, but I figured it would kick off before the knife hit flesh…but when the ox (I guess that’s what it was) turned up, my immediate thought was, “Okay, I’m not sure how, but that’s got to be Sam.” And it was, thanks to Bill having provided him with enough vamp blood to kickstart his healing process. I question the expediency of the healing, but, hey, Maryann and her mole claws (that’s what they looked like to me, anyway) got their just desserts, and the actual moment of impact, as it were, looked good and probably earned a few cheers from various viewers. Too bad it happened at the 27-minute mark of the episode, leaving us with way too much time to wrap up loose ends and throw out a few new threads to linger ’til Season 3 kicks off.

But, okay, fair enough, let’s talk about what happened in the post-Maryann portion of the episode.

END_OF_DOCUMENT_TOKEN_TO_BE_REPLACED 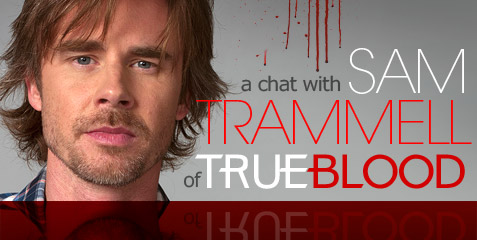