That’s the studio strategy this week as three major releases with large and divergent natural constituencies hit movie theaters. All three movies are expected to do rather well by the folks whose job it is to guess these things, as evidenced by the small amount of daylight between the predictions showcased this week by the L.A. Times‘ Ben Fritz and THR‘s ever jolly Carl DiOrio.

I don’t think there’s any reason at all to doubt that the family audience, which hasn’t had a new 3D animated comedy in a while to gawk at, will check out “Megamind.” Featuring the voices of Will Ferrell, Tina Fey, Brad Pitt, and Jonah Hill, the film is the second of these comedies this year to focus on a putative villain after “Despicable Me.” This one takes a more superpowered spin with a pretty obvious spoof on the Superman mythos. Reviews are decent but muted, but the take is expected to be a very solid $50 million or so, which is not so muted.

The reviews are substantially less positive for “Due Date,” which is to youngish men what “Megamind” is to families. I remember being unimpressed for the trailer for the new comedy from Todd Phillips starring Robert Downey, Jr. and Zach Gallifianakis, but apparently the sheer star power and the tried and true comic premise of a mismatched twosome on a road trip seems to be enough here for the R-rated comedy to get something in the $30-35 million neighborhood. Personally, however, I wouldn’t be surprised to see it under-perform. Star power just isn’t what it used to be these days and this is clearly not a second coming of Phillips’ “The Hangover.”

With a cast that includes Thandie Newton, Phylicia Rashad, Janet Jackson, Whoopi Goldberg and the Oprah herself, “For Colored Girls” is pretty clearly for African-American women as far as studio marketers are concerned. Based on the acclaimed  poetry-based play of the 1970s by Ntozake Shange (full title: For Colored Girls Who Have Considered Suicide When the Rainbow is Enuf), the movie is not getting much acclaim from critics, who once again are none too fond of Perry’s penchant for melodrama, though many do seem to be given Perry credit for at least trying something different this time around. On the one hand, Tyler Perry’s fans are clearly unconcerned about critics, on the other, this is a very different kind of material than Perry’s usual. An amount of $20 million is being bandied about. In any case, one has to wonder what feminist author Shange makes of this excerpt from Carl DiOrio’s piece:

“In addition to Tyler’s core audience, we’re going after fans who are familiar with the play,” Lionsgate distribution topper David Spitz said. “We feel this could be the Sex and the City for African-American women.”

With Oscar season upon us, a number of notable films are coming up in limited release, including the Valerie Plame spy scandal film “Fair Game,” the fainting-inducing mountain climbing ordeal picture, “127 Hours,” and the Elliot Spitzer ordeal documentary, “Client Nine.” Notable for being both good and probably not having a chance in hell at an Oscar, however, is “Red Hill” which I’m not mentioning here not just because we were granted interviews with the director and star, though that never hurts, I admit shamefacedly. When the ads for Robert Luketic’s “Killers” started appearing in theaters, a lot of people were quick to notice the similarities to another husband-wife action comedy, “Mr. & Mrs. Smith.” But while it certainly sounds like a clone of the Brad Pitt/Angelina Jolie film on the surface, “Killers” should be so lucky to be considered in the same company. Katherine Heigl stars as Jen Kornfeldt, a recently single woman on vacation in France with her parents when she meets the seemingly ordinary Spencer Aimes (Ashton Kutcher) and the pair get hitched. What Spencer fails to tell her is that he used to be an assassin for the CIA, and although he’s since walked away from the job in order to lead a normal life, a bounty has been put on his head that sends a sleeper unit of contract killers posing as their neighbors and co-workers to take him out.

Unfortunately, Heigl and Kutcher just don’t have the chemistry needed to make a movie like this work, and I would have loved to have seen what other actors (like maybe real-life couple Ryan Reynolds and Scarlett Johansson) could have done in the roles. Of course, that wouldn’t change the fact that the film’s biggest flaw is the explanation as to why the bounty has been put on Spencer’s head in the first place – a twist ending so absurd that it makes the rest of the movie seem even dumber than it is. “Killers” still has a few good moments (including a cameo by a certain bestselling R&B musician that’s so out of left field it’s actually pretty funny), but they’re not enough to save it from the film’s own half-baked plot. 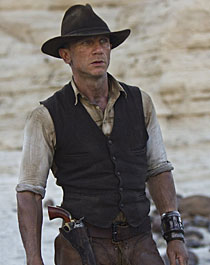