The rising terror of this film is wonderfully slow-burning, as all great haunted house stories should be, but this is ultimately more than just a haunted house story. As Mike begins to obsessively listen to the session tapes of former patient Mary Hobbes, from which the film gets its title, the others begin to gradually sense that something is wrong in this place and that all of their lives may be in danger. It is almost as though the playing of the tapes has summoned an ancient evil that has been lying dormant in the hospital, though the true revelation is far more intelligent and less cheesy than that might sound. Session 9 never takes the easy or expected way out, instead opting to sink its claws deep into the viewer’s brain for a more deeply haunting experience. The film’s final moments especially will really stick with you, and may even give you your own case of nyctophobia for days afterward. 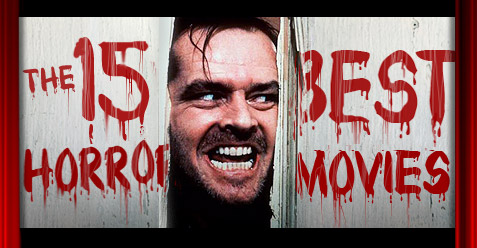 “Poltergeist.” “Psycho.” “Dawn of the Dead.” “The Shining.” When people start talking about the best all-time horror movies, these are some of the names that start getting thrown around. They all made Bullz-Eye.com’s list, along with some classic baddies like Jason, Freddy, Leatherface and Michael Meyers.

But do “Jaws” and “Alien” belong on a list like this? Sure, they both scared the hell out of me, but when I think “horror movie,” I think “Texas Chainsaw Massacre,” not “Jaws.”