We’re still trying to wrap our heads around this one. A “Super Groupon” appeared in our inbox this afternoon, offering tickets to Matthew McConaughey’s upcoming legal thriller “The Lincoln Lawyer” (which is not being screened for the majority of critics) for six bucks. The fine print: the ticket must be purchased through Fandango. This is a nifty way to promote a movie, but it also raises some questions. “How much did you pay to see my movie? HOW MUCH, damn it?”

What is Fandango’s surcharge for this transaction?

Groupon recently ran into trouble when they ran a deal with FTD Flowers, and FTD turned right around and raised their prices for Groupon customers only. Groupon eventually made good on FTD’s bait-and-switch – and surely bitch slapped FTD back to the Stone Age for their truculent ways – but what is Fandango going to charge for “processing” these orders? A buck? two bucks? Not really much of a deal once you factor in surcharges.

That’s the lesser of our concerns, though, by far.

How will Lionsgate report the sale of these tickets?

Let’s say, for the sake of argument, that Groupon sells one million tickets to “The Lincoln Lawyer” through this promotion. Groupon has a 50/50 sharing policy with their clients, which means that Lionsgate would net $3 million from the deal. However, those are a million potential full-price tickets that they just sold, meaning that, with the national average at $8.00 per ticket, they could report that those tickets were the equivalent of $8 million in receipts, giving them a much better than expected opening weekend, which as we all know is the true worth of a movie these days. Later, when the movie has run its course in the theaters, they can cook the books, if necessary – after all, they might actually make that money back once that bloated opening weekend total hits the wire – when the movie ships to DVD and VOD. Call us suspicious, but it looks as though Groupon just inadvertently created an elaborate shell game that will allow every studio to goose the profits of any movie tracking below expectations.

Why do we get the sense that there is nothing about this Groupon that is meant to benefit the consumer? 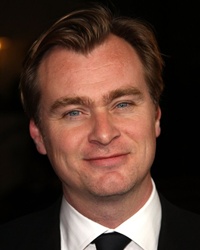 Well, this isn’t going to help Denis Leary’s reputation when it comes to stealing other people’s jokes.

Here’s a little back story: According to the biography American Scream, Leary used to do chunks of the routines of the late, great Bill Hicks. Hicks was aware of this, but since Leary played parts of the country that Hicks seldom visited, he let it go. Then Leary made No Cure for Cancer in 1992, where he committed the unpardonable sin of recording Hicks’ material, and taking credit for it. Louis C.K. later claimed that Leary’s song “Asshole” was based on a bit that he used to do. Leary has denied stealing from anyone because, well, what else is he supposed to do? Fortunately, we were able to ask Leary about Hicks directly, to which he gives a lengthy, thoughtful reply. (You can read it here.)

Now comes “Douchebags and Donuts,” a comedy show Leary organized with a few friends as a fundraiser for his charity. It’s a great cause, and it’s great that the show was a success. But the first word in that title has already invoked the ire of one Jay Louis, editor in chief of the sublimely funny site Hot Chicks with Douchebags. Louis went on a long and unusually pointed rant about Leary’s thievery, and how he’s been championing the mock of the douchebag for five years, building a mini-empire out of it. And that’s fine, but it’s not as if Louis created these goofy-haired halfwits – he was just the first to dedicate a site to mocking them, and in fact should be honored that his efforts have created such a groundswell that the phrase is slowly working its way into the pop lexicon with his definition as the #1 description. Before Jay, calling someone a douchebag just meant they were a jerk; now, it defines a very specific kind of jerk. Well done.

Having said that, Louis should have waited to see “Douchebags and Donuts” before criticizing it, since doing so makes him like those Republicans who call out movies they’ve never seen. If he had waited, he would have realized that the ‘douche signifier’ portion of Leary’s routine is pretty small, though it’s hard not to think of either Louis, Jay or C.K., when Leary performs his new song “Douchebag.” The rest of Leary’s routine is pretty tame, though, showing mug shots of Nick Nolte and James Brown and dissecting the side effects to popular medications (side effect for Viagara: Death). It’s no Cure for Cancer, or even Lock and Load, but it definitely looks better compared to the routines of his friends Lenny Clarke and Adam Ferrera, who come off like blue-rated Blue Collar guys. The star of the show, without question, is Whitney Cummings, who rips her mostly male audience to shreds while having fun with the idea of women as crazy bitches.

Some might point to the infrequency of comedy routines from Leary as an indictment that he is indeed a thief. That’s faulty reasoning, but Leary isn’t helping his case with “Douchebags and Donuts.” He’s clearly a funny guy, but one gets the sense that he was too busy with his myriad of other projects to work very hard on his own routine for this show.