* Geoff Boucher of the L.A. Times notes the movie spill over from Comicon to the once very modest Wondercon and that “Kick-Ass” continues to build buzz. Even if I don’t read many comics these days, I miss the days when movies were kind of an afterthought at comic book conventions. 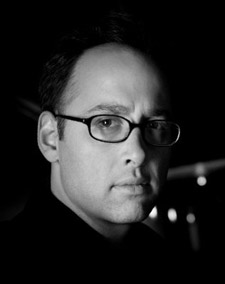 * Speaking of funny books, some of you may be excited by this /Film item because it involves one of the people behind The State and “Wet Hot American Summer” as well as the director of “Role Models,” i.e., David Wain. I’m just happy to see  the talented  cartoonist/”graphic novelist” Alex Robinson getting some movie love with “Too Cool to be Forgotten.”  Okay, Alex has given me free comics w/purchase once or twice, so I feel compelled to say nice things about him.

* So, Simon Dang at the Playlist writes that eccentric British actor-comedian Russell Brand, eccentric director-producer Oliver Stone, and as far-as-I-know quite stable and definitely highly prolific master documentarian Albert Maysles (‘”Primary,” the original documentary “Grey Gardens,” Gimme Shelter,” “Soul Power,” etc.) are getting together to make a movie about…enlightenment. What else?

* Another Playlister, Oli Lyttleton, notes with relief that we’ll have one less videogame movie coming up next year. “Masters of War” has been canned. Personally, I theoretically see nothing wrong with using a game as a jumping off place for a movie, except that a game’s set-up and play is not the same thing as a story. However, I wonder if the real problem isn’t so much the thinness of the games but have more to do with the usual caliber of filmmaker who isn’t embarrassed by the thought of making a movie with that kind of pedigree. Not that they should be, necessarily.

The difference here is that the script was being worked on by the outstanding screenwriter and director, Billy Ray of “Shattered Glass,” and “Breach” and this might have been the exception. Of course it was canceled.

* The Twitter-feud between critical zen master Roger Ebert and wanker-meister Andrew Breitbart of the 99% moronic Big Hollywood blog and the #1 supporter of the 100% bogus ACORN expose (which fooled Jon Stewart and me, to my embarrassment)  is getting some attention from Salon, this time over Werner Herzog’s brilliant documentary “Grizzly Man.”

Lately, Big Hollywoodite Leo Grin has, at least in this post, been trying to claim Herzog for his team. If Herzog did openly align himself with the right in any way, they’d call him just another Hollywood liberal, or perhaps say his film was pro-Nazi, the moment he made a film that in some way, shape, or form did not align with right orthodoxy. If they’ll turn on Clint Eastwood, they’ll turn on anyone. Sort of like the bears and Timothy Treadwell.