Get ready to clean out your bank account, because there are plenty of great high-def titles hitting stores this week. So many, in fact, that I don’t have the space (or time) to talk about every one. James Bond fans will probably see the biggest dent in their savings, however, as five different titles have received the Blu-ray treatment. Let’s go ahead and jump right in with arguably the biggest title of the week.

It’s not very often that a film adaptation is better than the source material, but then again, Stephanie Meyer’s novel really isn’t as good as its rabid fanbase would lead you to believe. Female moviegoers may have made “Twilight” a pop culture phenomenon, but that doesn’t mean guys won’t enjoy it too. It’s no “Lost Boys,” but it’s still worth seeing once. For some strange reason, however, the Blu-ray edition is exclusive to Best Buy and Target until May 5th, when Amazon unleashes their ultimate collector’s edition. Diehard fans looking to get their HD fix would be better of just waiting for that version, because despite the fact that it contains the exact same bonus material (audio commentary, deleted/extended scenes, making-of featurette), it also contains a sneak peak at the upcoming sequel, “New Moon.” 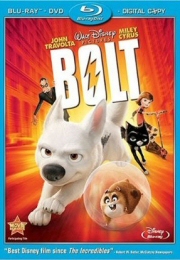 Credit Disney for one thing: they understand the needs of their consumers. While many studios have adopted the idea of including digital copies, Disney has taken it one step further by packing every major Blu-ray title with a digital copy and a DVD version of the film. After all, kids tend to watch movies on the go, and since there currently aren’t any portable Blu-ray players on the market, it encourages parents to purchase the hi-def version without having to buy a DVD version for the road. Unfortunately, the extras aren’t quite as revolutionary, though there are a few cool art galleries that make me wish I could buy some of the prints for my home. Plus, kids and parents will both get a kick out of the “Super Rhino” short. It’s a great complement to what is easily Disney’s best CG film to date. 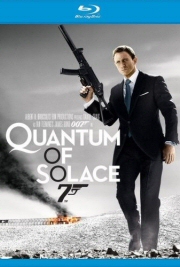 Daniel Craig’s second outing as James Bond is the kind of film that will probably get better with age, but as the follow-up to 2006’s “Casino Royale,” it’s a major disappointment. We all like watching Bond beat up bad guys, but we also like the cheeky humor and sex that the earlier movies were known for. Unfortunately, “Quantum of Solace” has neither of those, instead focusing all it’s energy on a series of overblown action set pieces. In the end, it feels like a giant rip-off of the Jason Bourne series, only without any trace of a plot, character development, or answers to the many questions raised during the first movie. And to make matters worse, the Blu-ray release reeks of a future double dip, with only an hour or so of half-assed extras pulled from the film’s official website. Bond deserves much better than this, and so do his fans.