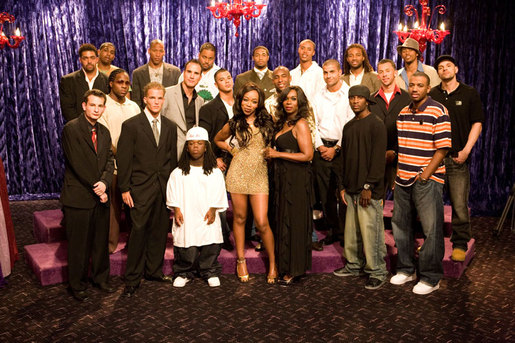 Since the advent of reality television took place in the mid-90s, I’ve been fascinated with what it’s done to the entertainment industry. I remember watching “The Real World: Seattle” as a young teenager and was transfixed by this fledgling genre blooming before my eyes. Looking back, I think I was most captivated by watching people older than myself placed in situations without a script. I probably thought this is what college was like. Granted, the early days of reality TV were much more true to life than the orchestrated trash America eats up these days. Nevertheless, regardless of what you’re doing, if you’re on TV long enough, you’re going to become recognized. But we’ve always treated this recognition differently. What defines “celebrity?” Are news anchors celebrities? Are food network hosts? Funny enough, I ended going to college at the same time as an individual from the cast of “Real World: Seattle.” A friend pointed this person out on campus and I was mildly interested. This was a reality star from a different era. The reality stars of today aren’t people from everyday life — we’ve turned them into celebrities.

But they are indeed now “stars” of the bustling media universe, with all the benefits — and baggage — that entails. And their celebrity viability has consequences for traditional performers, inasmuch as “The Bachelor’s” betrayals and Jon and Kate Gosselin’s marital woes regularly grace tabloids and magazine covers, with no line of demarcation between them and what we used to think of as “stars.”

Only now, because of the unquenchable demand for programming and recognizable “talent,” they aren’t being disposed of. Instead, they’re recycled, creating a permanent reality-TV class accustomed to living their lives on camera — the ever-ready-for-primetime players (and on a budget!).

Their ascension within celebrity circles can be easily chronicled simply by flipping through the pages of US Weekly and People. And while interest in these newly minted stars hasn’t dampened enthusiasm for actor gossip, the migration into spheres once reserved for performers should send shudders up the spine of anyone holding a SAG card.

Ricky Gervais and Stephen Merchant cleverly mocked the genre in season two of “Extras” and to me, that’s the most biting commentary I’ve seen on the topic. Still though, who are the people watching “Extras”? They’re an audience with taste — certainly a taste that is disintegrating in our society as reality programming increases each year. I’m not going to sit here and say that I don’t watch any of the shows. That would be a bogus claim. Fact is, most of us do watch them. I get a kick out of “I Love New York” and “Rock of Love,” only it stops at the humor. The individuals on these shows are society’s most entertaining fools. Are they celebrities? Of course they are. But they are fools because they wanted to be.