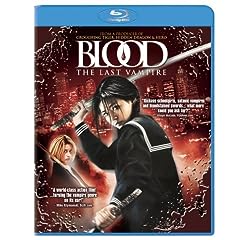 Greetings to the New Show: “Kings”

Mark my words: you need to tune in for the premiere of “Kings” tonight. It’s an epic drama with the kind of scope that you rarely see on television in series form – executive producers Michael Green, Francis Lawrence, and Erwin Stoff have literally created a new world, one which provides them with the opportunity to offer tales of war and love without offending any existing countries – and it needs to be a hit right out of the box, lest it be canceled without ever having a chance to build on its concept.

If you’ve seen the commercials for the series (and if you’ve watched NBC for more than about fifteen minutes at any point in the last few months, you surely must’ve caught at least one), then it’s probable that at least one familiar face has leapt out at you: Ian McShane, late of HBO’s “Deadwood.” McShane plays King Silas Benjamin, leader of a land known as Gilboa, which, despite being an obvious monarchy, looks suspiciously like America. When “Kings” opens, Silas is preparing to address his subjects, and when he embarks upon his speech, we’re introduced to some of those who are watching it at home, including a young man named David Shepherd (Chris Egan). Unfortunately, despite the optimism within Silas’s speech, we soon fast-forward to two years later, when David and many other men of Gilboa are in the midst of fighting in Gilboa’s war against the neighboring nation of Gath.