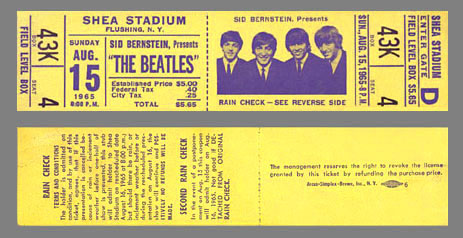 Poor Lane: he’s expecting to see his son, but instead he finds his father, who’s come to tell him that his wife won’t have anything to do with him, not even a conversation, unless he’s in London. Still, he’s in town, so it’s only polite to at least invite the old man to dinner. Next stop, the Playboy Club! Turns out Lane has more of a stake in the place than making it worth Don’s while to come along: he’s having a bit of a fling with Toni, one of the Bunnies. Except it’s not a fling, is it? It’s a full-fledged relationship. Obviously, Lane would like it if his father would accept his new female companion, but, uh, I think we can safely say that he doesn’t, what with the hitting and all. My God, that was embarrassing. I certainly hope that this isn’t truly going to result in Lane Pryce crossing the pond once more.

Sterling Cooper Draper Pryce’s campaign for North American Aviation, a company heavily invested in the space program, is resulting in Don having to get a security clearance from the Department of Defense. For anyone else, this wouldn’t be such a big deal, but for a man with such a screwed-up history as Don, it’s a living nightmare, especially when part of the process involves a couple of gentlemen from the DOD quizzing Betty about her ex-husband.

Fortunately, Betty backed him up all the way, though her nervousness throughout the conversation can’t have helped her credibility. At first, it was hard to tell if Betty was upset because Don getting busted would screw up her life or if she was legitimately concerned about him, but either way, she wanted to make sure that Henry knew about the DOD guys stopping by, saying that she didn’t want there to be any secrets between them.

Meanwhile, Don’s freaking out (yep, he’s having a drink, though it’s hard to blame him under the circumstances), running to Pete and basically telling him that he’ll do whatever he has to do to avoid screwing up the identity he’s worked so hard to build, up to and including leaving the firm. Who would’ve thought that Pete would be the voice of reason?

I loved the short but sweet scene with Don and Pete in the elevator, with Don looking slightly manic and Pete getting progressively more pissed off. “I don’t have to live with your shit over my head,” Pete reminds him, and it’s true: not only are we reminded that Pete and Don are peers at this point, but Don’s attempt to threaten Pete to get him to fix the problem came off as hollow. How intimidating can he possibly be when Pete…or, at least, Pete’s friend…holds his future in his hands? I mean, geez, that’d be like trying not to laugh at the sight of Trudy in her big pink pregnant nightie…

Don’s accountant is understandably concerned about how crazy his client sounds, but you can’t blame him for wanting to make sure that his family is covered. And, now, on top of eveything, he’s sick, too! But Faye can tell there’s more to his odd actions than just illness, and her experiences with her father convince her that it’s not a heart attack. I was thrilled that Don decided to open up to Faye about his past. It may not have been the great catharsis that it would’ve been under different circumstances, but at least it’s out there now, and it increases the chances that their relationship might actually endure for the long haul. The back-and-forth between Don and Pete toward the end of the episode was phenomenal, with Pete demanding to know why he should walk away from an account worth $4 million just because Don can’t be honest about his past, even getting in a jab about his relationship with Faye.

And, thus, we reach the meeting of the partners, a board room full of secrets. Pete pisses everyone off with the news that North American Aviation is out the door, Lane announces his ostensibly-temporary departure, and Roger explodes because of his underlying tension over Lucky Strike, soon descending into laughing like he’s a man on the verge of a nervous breakdown…which he probably is.