Ever since his introduction in Season Two, Ben Linus has fast become one of the most compelling characters on “Lost,” so it isn’t much of a surprise that tonight’s episode was one of the best of the year. While much of the allure of this season is due to the recent boost in science fiction-heavy fare like time travel, the last few weeks have really emphasized the strong relationships between the people on the island. And if we’ve learned anything, it’s that Ben has some of the most fascinating relationships of them all. Oh yeah, and Michael Emerson deserves an Emmy nomination.

Ben’s ongoing feud with Charles Widmore has made for some great moments in the past, but it was nice to finally see how that feud came to fruition. Both men have always been viewed as villains, but based on the flashbacks from tonight, it’s clear that Widmore is the worst of the two. He didn’t seem to have any logical reason for wanting Rousseau and her baby dead other than the fact that they were outsiders, but Ben’s decision to stand up to Widmore and protect baby Alex showed a side of him that we always knew was there but rarely saw. Of course, that was before Ben became the monster he is today, but it was apparently enough to prove to Richard that he was worthy of taking over leadership after Widmore was booted off the island for breaking the rules. 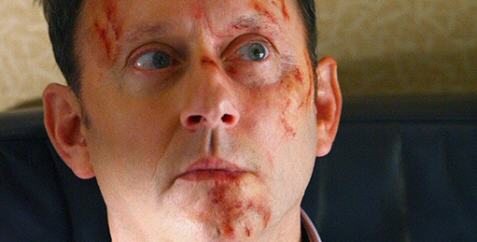 One of those rules was having a child with an outsider, and as we all know, that child grew up to be Penny. What we didn’t know, however, was what had come of Penny now that Ben had left the island. Many seemed to believe that his brutal beating was a result of killing Penny on her boat (after all, he made that call to Jack from a dock), but as it turns out, that wasn’t it at all. Well, not exactly, anyway. It turns out Ben did intend on killing Penny (he even shot Desmond in the shoulder for trying to interfere), but the minute he saw Penny’s son, he decided against it. Of course, that didn’t stop Desmond from beating him to a pulp, but like I said before, it just goes to show that Ben isn’t nearly as bad of a guy as people once believed him to be.

In fact, now that he’s back on the island, Ben has thrown himself at the mercy of the powers that be to be judged for breaking the rules, and in order to do that, he has to make an appointment with the smoke monster. There are a few obstacles standing in his way – like Caesar, who believes Ben is being taken to the main island by Locke against his will – but he takes care of that situation rather swiftly when he blows Caesar away with a sawed-off shotgun. Surely that deducts a few karma points with old Smokey, no? Then again, maybe not, because even Locke is prepared to put the past behind him as long as he gets an apology.

Second maybe only to Sawyer and Hurley, the relationship between those two is one of the best things about the show. Not only are they formidable opponents, but their scenes together often result in quite a bit of comedy – like when Locke first addressed his rebirth (“Well Ben, I was hoping we could talk about the elephant in the room.” “I assume you’re referring to the fact that I killed you.”) or when Ben tried to summon the smoke monster (“It’s not a train, John. It doesn’t run on a schedule.”). That does bring up a good question about why the monster attacked the mercenaries so quickly, and yet failed to show itself to Ben, but my guess is that it wanted some privacy, because if Sun and Locke had also been present, there’s no way it could have assumed the form of Alex and scared the living shit out of him in quite the same way.

On a related note, the idea that the island is somehow tied to Egyptian mysticism seems to have been all but confirmed by the hieroglyphic on the wall depicting the smoke monster (not to mention the many other clues scattered throughout this season), but if that’s the case, then I think I’m more lost than I originally thought. It certainly makes sense for Richard Alpert’s character (he kind of reminds me of an Egyptian pharaoh, and it would at least explain the eyeliner), but I’m still having trouble with how that would exactly fit in with the rest of the story. I mean, what exactly does Egypt have to do with electromagnetism and an island in the middle of the Pacific Ocean?