END_OF_DOCUMENT_TOKEN_TO_BE_REPLACED

Seeing as the world famed festival is going on this week, it’s obviously an opportune time to post scenes from some of the better known and/or more influential filmmakers to have gotten their start at Bob Redford’s little shindig.

Though few would really call Kevin Smith a political filmmaker, exactly, or his debut comedy, “Clerks,” a political film, exactly, it’s not like there isn’t a touch of the Sundance spirit, with its concern for innocent victims of large and powerful forces, in his filmmaking.

Here we have one of the most famous discussions of civilian casualties in any film. 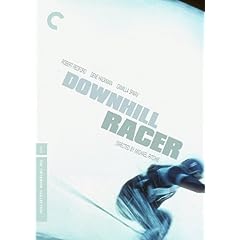 It’s that time of the week when we offload the week’s last few stories.

* In the wake of his “Land of the Lost” debacle, Will Ferrell is going back to “Stranger than Fiction” territory with a more low-key form of comedy, writes Mike Fleming. “Everything Must Go” will be from first-time feature director Dan Rush and is based on a story by Raymond Carver — not an author frequently connected with hilarity though the script is apparently primarily a comedy and the premise (a newly unemployed guy’s wife locks him out and deposits his stuff on the lawn…and the guy responds by trying to sell all of it) sounds potentially pretty funny.

It’s important to remember that, once upon a time, not all comedies were expected to be laugh-riot farces and, ironically enough, they were often funnier anyhow. (The classical definition of comedy, by the way, is less about being funny and more about having a happy ending. By that definition, many black comedies are not comedies at all.)

* More from Fleming: Robert Redford’s new Lincoln conspiracy film started shooting on Monday and he has quite a cast assembled. This one could be good.

* American liberals like me complain a lot, and for very good reason, about the actions of media mega mogul Rupert Murdoch, particularly in regards to how his TV news network is essentially an arm of the Republican Party. But, it could be a lot worse. Italy’s scandal-ridden, far-right movie and TV mogul Murdoch-equivalent actually runs the freaking country and I bet Italian rightwingers cry about the “liberal media” and the evils of the Rome film-making establishment too. But, hey, at least they have health care,.

* Speaking of media moguls, Nikki Finke believes that GE may ultimately divest itself of NBC Universal, which may please ecologically minded and antiwar folks while depriving “30 Rock” of one of its best running gags. Still, Finke says it may be seven years before it’s complete, so Tina Fey & company should be able to milk it sufficiently. Also, Finke wonders about Ted Turner’s mental health in regard to Time-Warner.

* It may be last summer’s news here in the U.S., but “Up” continues to land on top of the global box office.