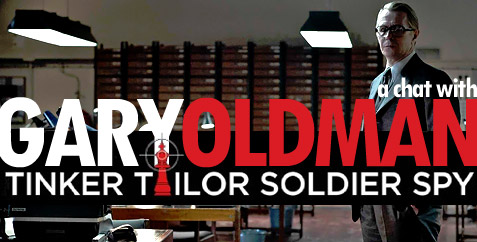 END_OF_DOCUMENT_TOKEN_TO_BE_REPLACED

A Chat with Saul Rubinek

Saul Rubinek is one of the most versatile characters actors in Hollywood, able to move from sitcom to serious drama without a moment’s hesitation. As a result, he’s one of the busiest guys in the business, a fact which is easily proven by taking a gander at his IMDb listing. It’s been awhile, however, since he’s taken on a role as a series regular, which should give you an idea of how special he believes his new gig, Sci-Fi’s “Warehouse 13” (premiering July 7th), to be. Bullz-Eye spoke with Rubinek about how he came aboard the series and what we can expect from his character, and we also chatted with him about his experiences on “Frasier,” “Star Trek: The Next Generation,” and “The Outer Limits,” and the legacy of “True Romance.” 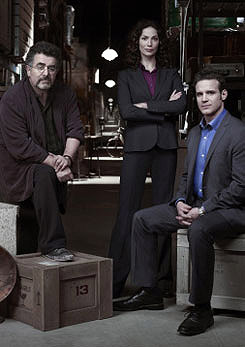 * “I adore (‘Warehouse 13’), and it’s a pleasure to be able to talk about it. I’ve had so many times in my life where I’ve had to sell a show, you know, and do my due diligence as an actor and try desperately to look for something positive to say. Here I am in a kind of heaven.”

* “That world of Lewis Carroll, Jules Verne, Robert Louis Stevenson is a world that I threw myself into as a kid. And also, even darker, into the world of Lovecraft and Poe as well. I loved that. As a child, I was able to throw myself into a world of make believe where I actually was in that world, because as a kid, boy, it was really easy to believe it when I was doing it.”

To read more, click here…or, if you’d rather, there’s the big graphic below that’s a bigger target:

And as a Premium Hollywood bonus, here’s Saul’s death scene from one of his very first films, one which he discusses in the interview: