The press release came in early November. In it were four words that came together for the first time like a cinematic Reese’s peanut butter cup of awesomeness. We were powerless to resist, not that we would have tried. The four words:

Bar none the best movie title to come down the pike in years (and hot on its heels is the equally awesomely named “Kick-Ass”), and it had us thinking about what we consider to be the all-time best movie titles. But first, we had to set some ground rules. Porno titles were obviously out (too easy), as were movies named after plays, songs, books or lines of poetry (borrowed material). Bonus points were given to titles that were either startlingly direct or looked like unfinished Mad Libs, thus provoking a reaction along the lines of Lisa Simpson when she saw “Yahoo Serious Film Festival” on a marquee (“I know those words, but that sign makes no sense.”) Horror movie titles were so plentiful that they received their own list, though a few choice selections made the regular list. Lastly, we feel compelled to remind everyone that this list was made purely for fun, so legitimately good titles – “Alien,” “Fight Club,” “The Texas Chainsaw Massacre,” “Drag Me to Hell,” “Kill Bill” – were disqualified. Because really, how boring would that list be? Answer: very.

And so, without further delay, here’s our list. Discuss, debate and dissect amongst yourselves. 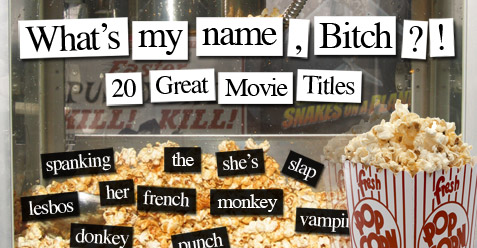 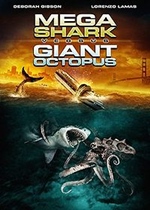 20. Mega Shark Versus Giant Octopus (2009)
Because, you know, a simple battle between a shark and an octopus is on Discovery Channel twice a week. But a mega-shark and a giant octopus, that would be…well, craptacular, actually. And that is why we love the title; It’s eye-catching, but for all the wrong reasons. You want to give it credit for self-awareness – this is, after all, a movie that features a shark taking a plane out of the sky, thousands of feet off the ground – but perhaps that is giving the movie a bit too much credit. Still, there was a point where it was the most viewed trailer on the web, so the filmmakers clearly knew what they were doing when they came up with the title. Or maybe it was the irresistible allure of one Miss Deborah Gibson, one of the two.

19. The Brother From Another Planet (1984)
Using “brother” in this context was relegated solely to the exploitation genre until John Sayles wrote and directed this movie about a mute alien being chased by alien bounty hunters. It may seem harmless now, but it was downright ballsy at the time, even for an independent movie. And we totally have to learn the card trick done by the guy on the subway. 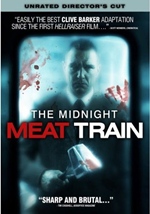 The thing is, this tale of a photographer who uncovers a subway serial killer is a pretty damn good movie. (And look at that cast: Bradley Cooper, Leslie Bibb, Roger Bart and Vinnie Jones, to name a few.) But that title was apparently too much for some to handle, to the point where after several release date changes, the movie finally surfaces in the dog days of August, making its first run…in second-run movie theaters. It goes down as another box office miss for Clive Barker, but this is easily the best Barker-related movie since “Candyman.” And you’d be hard pressed to come up with a more descriptive yet grossly unappealing title than that one.

17. Shoot ’em Up (2007)
Sounds like an unholy straight-to-DVD Steven Seagal schlockfest, yes? (Though the preposition is in the wrong place, since Seagal’s movies usually begin with one.) Yes, and then you see Clive Owen and Paul Giamatti are the leads, and Nigel Tufnel’s line about the fine line between clever and stupid comes to mind. “Shoot ’em Up” perfectly encapsulates what the movie is all about, while underselling it at the same time. “Leave your expectations at the door,” it says, so we did, and walked out grinning from ear to ear. And did we mention the lactating hooker? 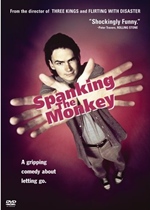 A reminder that the alien apartheid dealt with in “District 9” isn’t exactly new. Here is a scene from John Sayles’ nifty bit of Reagan-era social commentary, 1984’s “The Brother from Another Planet.” Joe Morton is the baffled alien, who as luck would have it happens to resemble a fairly typical African-American, encountering a young and then entirely unknown Fisher Stevens, apparently practicing his close-up magic act.