END_OF_DOCUMENT_TOKEN_TO_BE_REPLACED

Another day, another network upfront. Now it’s time to say hello to ABC’s Fall 2010 line-up. No accompanying videos at the moment, but you can get an idea of what to expect from the descriptions they’ve provided…and be sure to let us know what you think of the potential of the new series!

8 – 9 PM: No Ordinary Family: The Powells are about to go from ordinary to extraordinary. After 16 years of marriage, Jim and Stephanie’s relationship lacks the spark it once had, and their family life now consists of balancing work and their two children, leaving little time for family bonding. During a family vacation set up by Jim in an attempt to reconnect, their plane crashes into the Amazon River. But this is where the fun starts for the Powells, as they soon discover that something’s not quite right. Each of them now possesses unique and distinct superpowers. But saving and savoring their family life will be equally important, as they try to find purpose for their new powers and embark on a journey to find out what defines and unifies them.

10 – 11 PM: Detroit 1-8-7: What does it take to be a detective on America’s most dangerous streets? Get ready to be part of the action when a documentary crew rolls with some of Detroit’s finest, offering an insider’s glimpse behind the curtain of a Homicide Unit. The cameras unearth the crisis and revelation, heartbreak and heroism of these inner city cops — moments of raw exposure when they address us directly, as well as private moments when they forget they’re being filmed.

There’s the damaged but driven Detective Louis Fitch, a wily homicide vet who is the most respected — and most misunderstood — man in the division; Detective Damon Washington, Fitch’s new partner, who finds the first day on the job is a trial by fire, complicated by the imminent birth of his first child; Detective Ariana Sanchez, sexy, edgy and beautiful, who has emerged from a rough background to become a rising star in the department; Narcotics undercover cop John Stone, a streetwise smooth talker, clever and quick with a smile made for the movies, who is teamed with Sanchez — a combustible pairing rife with conflict and sexual tension; Sergeant Jesse Longford, a 30-year veteran struggling with his impending retirement from the force and the city he loves, who, together with his partner, Detective Aman Mahajan — a fully Americanized son of Indian immigrants — form an amusing mismatch of experience and enthusiasm, intellect and instinct, old school and new world, but whose combined skills have never encountered a case that couldn’t be cleared; and all are headed by Lieutenant Maureen Mason, a strong-willed single mom struggling to balance home and work. “Detroit 1-8-7” stars Michael Imperioli (“The Sopranos”) as Detective Louis Fitch, Jon Michael Hill as Detective Damon Washington, James McDaniel (“NYPD Blue”) as Sergeant Jesse Longford, Aisha Hinds (“True Blood”) as Lieutenant Maureen Mason, Natalie Martinez as Detective Ariana Sanchez, D.J. Cotrona as Detective John Stone and Shaun Majumder as Detective Aman Mahajan. The pilot was written by Jason Richman. Executive producers are Richman, David Hoberman, Todd Lieberman and David Zabel. Jeff Nachmanoff directed the pilot.

END_OF_DOCUMENT_TOKEN_TO_BE_REPLACED 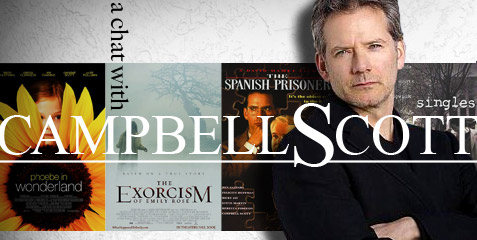