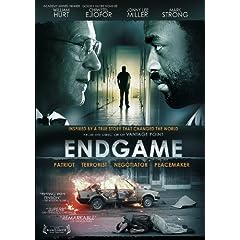 END_OF_DOCUMENT_TOKEN_TO_BE_REPLACED

“The Princess and the Frog” to top Clint, Mandela, and that rugby guy

We technically have only major new release this week.  Clint Eastwood‘s “Invictus” is already scoring with critics and will no doubt do well enough initially based largely on the fact that Eastwood is one of the few directorial names that actually means something to the mass audience some of whom may believe he’s actually in it. The appeal of stars Morgan Freeman and Matt Damon and the now nearly saintly status of Nelson Mandela won’t hurt either, though the name might throw some off the scent. In any case, not even Mandela, movie stars, or the mighty Clint can compete against a Disney princess.

“The Princess and the Frog” has been doing dynamite business playing extremely small and special engagements and will be going out to some 3,434 theaters this weekend as opposed to a relatively modest 2,125 for “Invictus.” It’s probably the final rub that “Princess” actually edges out “Invictus” slightly on the Tomatometer, though both films are well short of the Pixar-plus 90% stratosphere in any case.

Anyhow, it’s an interesting pairing and very much in the zeitgeist of Obama’s America. As Roger Ebert points out, this is the first Disney animated film to feature African-American characters since the Disney-banned “Song of the South.” It even features a once unthinkable more or less interracial romance.

“Invictus” is also interesting racially and politically because it deals with the dismantling of apartheid, a system of injustice that many of Clint Eastwood’s fellow Republicans downplayed or minimized during the Reagan and Bush years, while characterizing Nelson Mandela as  a dangerous terrorist, or at least someone who palled around with Yassir Arafat and assorted communists. (That second part was true; what was also true was that those particular communists were mostly anti-apartheid heroes like Joe Slovo.) To his credit, Eastwood has always marched to his own drummer and few avowedly liberal filmmakers have been as thoughtful or sensitive on ethnic matters, so  he may just be the perfect director to bring the topic to the mainstream.

Reviewers seem to agree that “Invictus” is perhaps as much a political drama along the lines of, say, “The Queen,” as it is an inspirational sports film. On the other hand, it is the very model of the kind of film that gets nominated for, and wins, Academy Awards. Seeing as once promising potential awards-contenders — like ex-critical darling Peter Jackson’s “The Lovely Bones,” which got a somewhat conflicted nod from our own David Medsker but  is getting overall mediocre-to-bad reviews as it stumbles into a very limited release this week — are falling by the wayside, Oscar is once again likely to be Clint Eastwood’s best friend at the box office.

As discussed by jolly Carl DiOrio, who dispensed with his video segment this week, “The Princess and the Frog” is thought likely to make roughly $25 million, it’s first weekend as its grosses will be somewhat moderated by the fact that winter vacation hasn’t started yet for most elementary students, while “Invictus” will likely earn in the $12-14 million range. A surprise is possible, but I see not reason to argue with the gods of tracking this weekend.