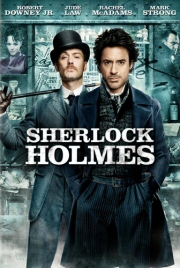 “That’s why we’re superheroes. They love us.”

The box office preview is coming along later today, I promise, but in the meantime it seems it’s never a bad time for a new “Kick-Ass” trailer. Yesterday came the announcement that this highly buzzed about non-supernatural/non-sci-fi superhero action black comedy from the highly underrated director Matthew  Vaughn (“Layer Cake,” “Stardust“) will be opening the big SXSW Film festival in Austin this March.  Now, via the Heat Vision blog, here’s a very decent general audience trailer  — the movie itself is certain to be a “hard R”  — which describes the story in a bit more detail.

And, just for a bonus, here’s an earlier Red Band clip-trailer via Trailer Addict that I failed to run a while back, It adds a bit to what we saw previously of Chloe Moretz and Nicolas Cage as the not at all ordinary alter egos of Hit-Girl and Big Daddy. It kind of makes you all gooey inside.

I think it’s safe to say that, between this and his stellar reviews for “Bad Lieutenant: Port of Call New Orleans,”  Cage certainly appears to have his regained his performing mojo. From what I’ve been reading, I’m also looking forward to more people agreeing with me that Vaughn, once  known only as Guy Ritchie’s producer, is the better movie storyteller. END_OF_DOCUMENT_TOKEN_TO_BE_REPLACED

Foreign films made a big splash at the turn of the century, with many moviegoers finally realizing that subtitles weren’t so bad after all. Though a language barrier was never the reason the British film scene failed to take off, it really came into its own in the aughts with the introduction of new talent like Guy Ritchie, Edgar Wright, and Danny Boyle. As part of our look back at the movies of the 2000s, here’s a list of the best British imports of the decade. You’ll probably notice some similarities among many of the entries, but that’s just because when it came to delivering great genre films, the U.K. was king.

Movies like “Son of Rambow” don’t get nearly as big of an audience as they deserve, which is a shame, since it’s one of the most wildy inventive family films I’ve seen in a long time. And who better to make a movie that incorporates animated doodles into its character’s imagination than the director-producer duo that created the wacky, stop-motion music video for Blur’s “Coffee and TV”? It’s a match made in heaven, though much of the film’s success is thanks to newcomers Bill Milner and Will Poulter, who give child actors a good name.

Jamie Bell may be all grown up, but “Billy Elliot” remains the best thing he’s done. A classic feel-good movie featuring a great soundtrack, a funny and heartfelt script, and a memorable performance from Julie Walters as the title character’s chain-smoking ballet teacher, “Billy Elliot” was nominated for three Oscars and was eventually adapted for the stage (with music by Elton John, no less) where it went on to win ten Tony Awards. Still, for as much love as the Broadway musical has received during its five-year run, the movie version is still one of the most entertaining British films I’ve ever had the pleasure to see.

Though it’s best remembered for Ben Kingsley’s riveting turn as Don Logan, a venomous, high-strung gangster who doesn’t take “no” for an answer, “Sexy Beast” is a smart and energetic crime drama that also happens to be pretty damn funny. Of course, most of that humor comes from Kingsley’s expletive-laced performance, and it’s a crime that he wasn’t rewarded with a nice, shiny Oscar. Still, even though the movie is essentially the Ben Kingsley Show, “Sexy Beast” served as a nice introduction to Ray Winstone and Ian McShane, and will likely go down as one of the better crime dramas of the decade.

Say what you will about Guy Ritchie, but his movies are an absolute blast to watch, and “RocknRolla” is easily his most mature film to date. Though he still seems to favor style over substance, the movie still succeeds thanks to an amusing story and lively ensemble cast led by Gerard Butler and Tom Wilkinson. Plus, that bizarre dance scene between Butler and Thandie Newton is one of the funniest WTF moments of the decade (not to mention their subsequent sex scene). Ritchie’s films may never receive the credit they deserve (he’ll forever be remembered as a Tarantino wannabe, even though QT himself has been accused of stealing several times over), but “RocknRolla” is what going to the movies is all about.