Get ready to learn more about Gina Carano. The former Strikeforce fighter is getting plenty of buzz, and “Haywire” is getting some great reviews.

Check out this Gina Carano slideshow for some great photos from the film, along with this great gallery from Maxim.

As I recall, not a whole lot of work really got done on the first day of school, but as people trickle back in from vacations, film festivals and the like, things are starting to happen. 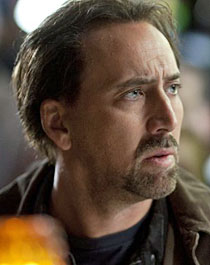 * THR blogger/reporter Borys Kits has been keeping busy over the long weekend. He reports that Nicolas Cage will be starring in an action/revenge film, and another action/revenge film, with cars and in 3-D, entitled “Drive Angry.” Don’t take the car, Nick, you’ll kill yourself!!!!! (It’s a reference to an old commercial that you may not be in the right age/geographic group to get, but Mr. Cage most certainly is.) Kits also reports that Steven Soderbergh will be entering the action game with martial artist Gina Carano. As if that’s not enough, Kits also has a news story posted on a new documentary about Stanley Ann Dunham, Barack Obama’s late mother who figured prominently in today’s ever-so-controversial “work hard and stay in school” speech, to be directed by acclaimed Los Angeles-based indie filmmaker, Charles Burnett (“Killer of Sheep”). I actually have some very slight personal connections with the group behind this film, so this one has my extra attention.

* Fans of Shinya Tsukamoto’s “Tetsuo” series should maybe brace for a disappointment.

* Anne Thompson summarizes the Telluride Film Festival in the time of recession. BTW, she has some very kind words for Nicolas Cage’s performance in Werner Herzog’s unauthorized Abel Ferrara homage (or something), “Bad Lieutenant: Port of Call New Orleans.” After debacles like “The Wicker Man” (my nominee for worst remake of all time with one of the worst lead performances by a major star), Cage badly needs to at least give a well-regarded performance or two. He’s a hugely talented performer — anyone remember “Leaving Las Vegas”? — but they all run the risk of sort of falling into themselves.

* I don’t know how to work this in tastefully. Let’s face it, most of what I talk about here is trivia — and then real life enters the picture and it’s hard to know what to say or do. Anyhow, critic/cinephile blogger Noel Vera has more thoughts, and some affecting links, on the lives of 28 year-old Canadian-Filipino critic Alexis A. Tioseco and his partner, film journalist Nika Bohinc. Both of them were killed last week when they apparently surprised a burglar in their Manila home.