Wonders of the Solar System

Those who basked in the wonders of “Planet Earth” and its follow-up “Life” would do well to delve into this frequently mind-blowing five hour series from the Beeb, hosted by physicist (and ex-rock star) Professor Brian Cox. “Wonders of the Solar System” is a triumph of both education and entertainment. On solar eclipses, Cox explains: “The sun is 400 times the diameter of the moon. And by sheer coincidence, it’s 400 times further away from the Earth. There’s something like between 145 and 167 moons in the solar system, depending on how you’re counting, but none of them produces such perfect eclipses as the Earth’s moon.” He then goes to India to partake in a breathtaking total solar eclipse in the presence of a massive, fervent crowd. Cox marvels, “That’s the solar system comin’ down and grabbin’ you by the throat!”

The youthful professor trots all over the globe, using locations and incidents on Earth such as volcanoes, the Grand Canyon, tornadoes and the Northern Lights to practically explain what the rest of the planets in our solar system are actually like. The series also mixes satellite photography and gorgeous CGI that give plenty of insight into our neighboring worlds. When it really comes down to it, though, it’s Cox’s enthusiasm, intelligence, and unexpected bursts of humor that give “Wonders of the Solar System” an edge over other, similar documentary series. It’s a pleasure to have this man as a living, breathing guide as opposed to an unseen narrator. The only area where the series comes up a little short is in the aforementioned CGI department, as a fair amount of it manages to be recycled perhaps a few too many times. There are two extra programs (presented in SD) entitled “What on Earth is Wrong with Gravity?” and “Do You Know What Time It Is?,” which brings the total running time of the set up to almost seven hours. While watching this material, I kept thinking, “If I’d been able to see this kind of stuff in high school, I probably wouldn’t have fallen asleep in science class.” 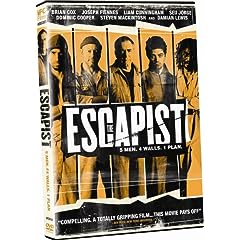 Doctor Who: The End of Time Part One

Before moving on to the actual write-up, let’s take a moment to offer some high praise to BBC America for showing this episode a day after it first screened in the U.K. A day! For the first time on American TV, we aren’t seeing the premiere of a “Doctor Who” Christmas special when it’s warm outside, and the Christmas-themed portions of the story don’t seem hopelessly out of place. Back when I wrote up “Journey’s End,” I pleaded with Syfy to show the various David Tennant specials in a timely manner, so that audiences wouldn’t be forced to go elsewhere to get their “Who” fix or, even worse, get bored and forget about the show altogether. Good thing Syfy no longer has first-run rights here in the States, because I highly doubt they would’ve made the same programming move that BBC America made. Further, BBC America is committed (at least for the time being) to showing the episodes uncut, which is just as if not more important. Keep it up BBCA, and you’ll keep building a devoted audience. Heck, even a week or two after the U.K. premieres would be more than acceptable in my book.

It’s always difficult to write about the first half of a two-part finale, and never more so than in this case. This episode is all over the place in tone, and yet hangs together quite nicely, although it took me two viewings to realize the latter. Yet whatever one might think about “The End of Time Part One,” there’s no denying that the bigger picture has yet to be seen, and what Russell T. Davies unveiled in this hour is only a setup for the real finale. About the first 15 minutes of this thing just zoom by, setting up one aspect of the story after another. In fact, there are so many elements that are set up throughout the hour that one wonders how they can all be addressed in the finale proper.

END_OF_DOCUMENT_TOKEN_TO_BE_REPLACED

Michael Dougherty probably never imagined his directorial debut would become a cult hit before it was even released. Then again, he probably didn’t expect so much trouble in actually getting it released, either. Originally planned to hit theaters in October 2007, “Trick ‘r Treat” spent the next two years sitting on the shelf collecting dust, all while the anticipation among horror fans continued to grow. The movie has finally been released on DVD in time for this year’s Halloween celebration, and though it’s not nearly as good as the hype suggests, it is one of the most original and entertaining horror films in years – and this coming from a relative non-fan of the genre.

An anthology film in the same vein as “Creepshow” and “Tales From the Crypt,” “Trick ‘r Treat” spins four tales about mischief and mayhem in a small Ohio town on Halloween night. Dylan Baker stars as a high school principal who moonlights as a serial killer; Anna Paquin plays a young virgin on the prowl for her perfect man; Brian Cox faces off against a murderous little demon that doesn’t approve of his disregard for Halloween traditions; and a group of teenage pranksters get a taste of their own medicine.

Combining creepy imagery with some really dark humor, all four stories work well individually (especially the ones starring Baker and Cox), but it’s the way in which they’re skillfully interwoven that makes it such a blast to watch. Maintaining a sense of chronology to the film by placing characters from some stories in the background of others, Dougherty does a fabulous job with keeping the audience interested throughout the film’s brisk 82-minute runtime – even if some stories are better than others. It’s just a shame the movie didn’t get the attention it deserved, because while horror fans are stuck watching the same shitty sequels and remakes year in and year out, “Trick ‘r Treat” is exactly the breath of fresh air that the genre desperately needed. It really makes you wonder how Warner Bros. dropped the ball on this one, because while “Trick ‘r Treat” isn’t quite an instant classic, it’s a film you won’t mind revisiting every Halloween. I’ll be writing a little bit more about the unwisely dropped direct-to-DVD festival hit, “Trick ‘r Treat,” after I return from the con. That particularly includes what I gleaned from a trio of round robin interview things with writer-director Michael Dougherty and co-stars Lauren Lee Smith (“CSI”) and Brian Cox, definitely one of the toppermost of the poppermost, acting wise. Including Mr. Cox, all very personable folks, which never hurts in show bidness.

My reaction to the film was muted by my own tiredness, but I do think there is something there. Dougherty, a co-writer on the last couple of Bryan Singer superhero projects, has an outstanding eye for creepy beauty and he certainly brings human values and humor to his horror. However, the muddy acoustics of the hall drowned out much of the dialogue for me, and the impossibility of obtaining coffee at the convention center  in the evening dulled out much of my brain. (Why, oh why, Mrs. Fields, have you abandoned me this year?) The audience reaction was, as far as I could tell, divided between wild enthusiasm and muted nitpicking. More to come.

And now, a few other more high-profile movie related con related matters live from my hotel room. Also, I wonder how long I can hold out without ever setting foot in the dreaded Hall H.