The voice of the Polar Bear was done by stop motion animation legend Ray Harryhausen.

END_OF_DOCUMENT_TOKEN_TO_BE_REPLACED

“…What closes on Saturday night.”

I couldn’t help remembering George Kaufman’s famous definition of satire when reading Noah Forrest‘s post on the acclaimed political comedy, “In the Loop,” which opened last Friday in limited release. I’m a fan of all kinds of satire, but with the exception of “Dr. Strangelove,” “Network,” and a Robert Altman movie here and there, it’s rarely been a commercial success — though from the sound of it, I’m certainly hoping Armando Iannucci’s new film has decent luck.

Here’s a TV commercial for one movie that had almost no luck, Norman Lear’s “Cold Turkey.”

According to Wikipedia, the film was shelved for years by United Artists due to commercial worries. On the other hand, the film’s writer/producer/director wasn’t exactly intimidated and made a TV show that that touched a far hotter button than the cigarette industry. That did a little better, and lasted many Saturday nights.

END_OF_DOCUMENT_TOKEN_TO_BE_REPLACED

Bullz-Eye’s Stand-Up Comics Hall of Fame: The Class of 2009

It’s a whole new year, and what better way to celebrate than by honoring five of the funniest mofos ever to walk the planet?

Yes, that’s right, it’s time to induct a new class into Bullz-Eye’s Stand-Up Comics Hall of Fame! The inaugural class included notable funnymen Richard Pryor, Rodney Dangerfield, Bill Cosby, Lenny Bruce, and Bill Hicks — tough acts to follow, to be sure, but if anyone can stand up to the pressure, it’s the five comedy legends in the class of ’09. 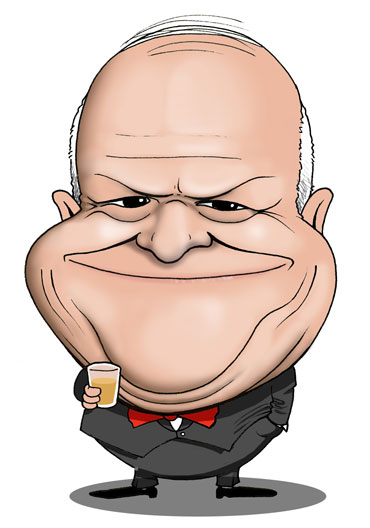 Like Don Rickles, for instance. The curmudgeonly insult comic has been gracing talk show couches for decades, tossing off cutting one-liners and turning the phrase “hockey puck” into something more than sports terminology. His routines may seem quaint today, but catch him on a good night, and he’ll put any younger comic to shame — even a new insult legend like, say, a certain canine puppet.

Another oldie-but-goodie on this year’s list is Bob Newhart, the film and sitcom star whose deadpan stare and trademark stammer has always masked an unexpectedly subversive sense of humor — remember the way he ended Newhart by turning the entire series into a bad dream suffered by the character he played on The Bob Newhart Show? Though surely the most old-fashioned humorist in this year’s class, Newhart was also one of the most groundbreaking comics of his era — and his routines have aged better than most.

Speaking of groundbreaking, how about Steve Martin? The silver-haired stand-up has kept a fairly low profile for the last 10 years or so, periodically emerging to star in one poorly reviewed film or another, but during his heyday, Martin was a platinum-selling, SNL-hosting pioneer of absurdist humor. Who else could have snuck a ditty about King Tut onto Top 40 radio, then gone on to a career as a critically respected novelist and playwright? Even now, Martin remains as nuttily prolific as ever; 2009 will see him reprising his role as the nouveau Inspector Clouseau in Pink Panther 2 and releasing an album of original banjo music. 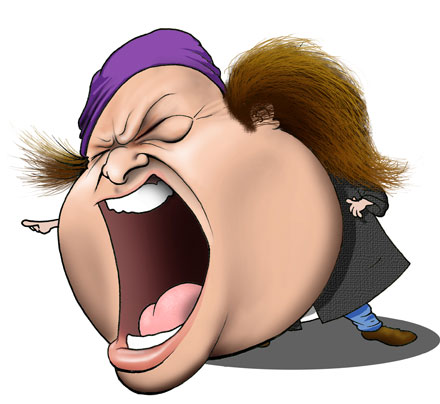 The one member of this year’s class who won’t be releasing anything new is Sam Kinison, the screeching ex-reverend who perished after his car was hit by a teenage drunk driver in 1992. He’s remembered today chiefly as the beret-wearing little screaming dude whose Jessica Hahn-led video for “Wild Thing” sparked a tidal wave of nocturnal emissions in the ’80s, but Kinison’s humor was smarter — and more tender — than he was given credit for.

“Tender” is not a word often used to describe our fifth inductee. Actually, these days, “funny” isn’t often used either, but Eddie Murphy‘s incendiary early run was so incredible that no amount of Meet Dave-level “comedies” can wipe away his legacy. Forget about The Adventures of Pluto Nash — no comedy collection is complete without Murphy’s Delirious, not to mention most of his movie and television appearances from 1980-87.

So, like we said — the first HOF class was a tough act to follow, but we think you’ll agree that this year’s set of honorees is up to the standard. So what are you waiting for? Read all about them here!