“Family Guy” has “Something Something” for you

If you’re a “Family Guy” fan — or a “Star Wars” fan — chances are you saw the show’s parody of “Episode IV: A New Hope” a couple of years ago, and it shouldn’t surprise you that the Griffin clan is going to lampoon “The Empire Strikes Back” in the season 8 finale, titled “Something, Something, Something, Dark Side.” But heck, why wait until the episode’s network airdate next May when you can buy it on DVD and Blu-ray in just a few weeks? We love New York: Cinematic love letters to the greatest city in the world

As any film fan can tell you, American movies tend to take place in one of a few locations — Los Angeles, Chicago, San Francisco or Seattle, and, of course, New York. Unlike those other cities, though, New York is often much more than just a backdrop in the movies; in fact, it’s often more or less a character — a character whose crowded skyline, busy streets, and peculiar odor are truly singular.

In that spirit, the Bullz-Eye staff put its heads together and came up with a list of their favorite New York-based movies. In order to avoid a list dominated by Scorsese and Woody Allen, they limited themselves to one film per director, and ended up with 15 of the finest cinematic love letters to the City That Never Sleeps ever committed to celluloid.

There are obvious choices — hey, look at that big gorilla up there! — but the list also makes room for a few movies you may not expect. How many of your personal favorites made the cut? Click here to find out! 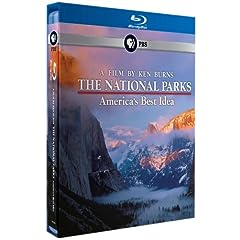 Here’s a beautiful dilemma for you, nature lovers: What’s better: getting out in the great outdoors, or sitting on your ass and watching all 12 hours and change of Ken Burns’ latest documentary, “The National Parks,” which takes you – you guessed it – deep inside the story of America’s National Parks system? It’s hard to decide, especially if you’re watching the Blu-ray version, which packs an absurd wealth of bonus material onto the already sprawling documentary and lays it all out in glorious 1080i. Spread out over six discs and housed in a handsome hardbound slipcase, “The National Parks” has the physical heft to back up its contents, which take the viewer on a stately, gorgeously filmed journey from 1851-1980, traveling from the Sierra Mountains to Yellowstone, the Everglades, Alaska, and pretty much everywhere in between. If you’ve ever had a question about an American national park, this documentary will answer it in rich, exhaustive (and, yes, occasionally exhausting) detail. Like Burns’ other major projects, this isn’t for dilettantes or the pathologically busy; you’ve got to be willing to put in the time to soak it all in. But for those with a real interest in the subject, “The National Parks” will prove a treasure almost as rewarding as those it spends so much time carefully examining. Pick it up now, while it’s deeply discounted at Amazon, and give yourself – or the nature lover in your life – a gift that’ll keep on giving for hours and hours.

Just in case you were too stunned by Kanye West’s douche-y antics to pay attention, the theatrical trailer for “The Twilight Saga: New Moon” debuted during the MTV Video Music Awards last night. But even if you missed it, don’t worry — Summit Entertainment has released it to the Web in all its glory, and we’re embedding it here for you now.

But first, for the vampire/werewolf-allergic among you, an official synopsis from the studio:

In the second installment of Stephenie Meyer’s phenomenally successful “Twilight” series, the romance between mortal and vampire soars to a new level as Bella Swan (Kristen Stewart) delves deeper into the mysteries of the supernatural world she yearns to become part of—only to find herself in greater peril than ever before.

Following Bella’s ill-fated 18th birthday party, Edward Cullen (Robert Pattinson) and his family abandon the town of Forks, Washington, in an effort to protect her from the dangers inherent in their world. As the heartbroken Bella sleepwalks through her senior year of high school, numb and alone, she discovers Edward’s image comes to her whenever she puts herself in jeopardy. Her desire to be with him at any cost leads her to take greater and greater risks.

With the help of her childhood friend Jacob Black (Taylor Lautner), Bella refurbishes an old motorbike to carry her on her adventures. Bella’s frozen heart is gradually thawed by her budding relationship with Jacob, a member of the mysterious Quileute tribe, who has a supernatural secret of his own.

When a chance encounter brings Bella face to face with a former nemesis, only the intervention of a pack of supernaturally large wolves saves her from a grisly fate, and the encounter makes it frighteningly clear that Bella is still in grave danger. In a race against the clock, Bella learns the secret of the Quileutes and Edward’s true motivation for leaving her. She also faces the prospect of a potentially deadly reunion with her beloved that is a far cry from the one she’d hoped for. With more of the passion, action and suspense that made “Twilight” a worldwide phenomenon, “The Twilight Saga: New Moon” is a spellbinding follow-up to the box office hit.