My pick: Jim Parsons, “The Big Bang Theory.” And I’m going to keep picking him until he gets the award, dammit. 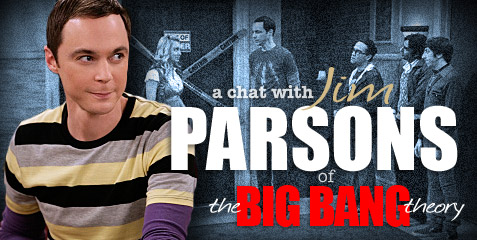 My pick: Lea Michele, “Glee.” All things being equal, I’d much rather see Edie Falco take home the award, but her best work on “Nurse Jackie” comes from her dramatic work on the series, and the same goes for Toni Collette on “United States of Tara.” I can’t see them giving Julia the award, Tina’s had her day in the sun, and I’m not convinced that enough Emmy voters are watching “Parks & Recreation,” which is one thing you definitely can’t say about “Glee.”

My pick: Ty Burrell, “Modern Family.” If Cryer wins, the critics will weep, and while Neil always deserves to win an Emmy, let’s hope he takes one home for his guest spot on “Glee” and shares it with Colfer. Stonestreet and Ferguson are great, but it’s only inevitable that they’ll split the vote, which leaves Burrell as the cast member to beat…and, indeed, the nominee to beat.

My pick: Jane Lynch, “Glee.” It’s the kind of performance that makes you want to just cut to the chase and give it to her now. With that said, however, I would have no complaints if either Vergara or Krakowski took it home. In particular, I’ve always felt that Krakowski was an MVP on “30 Rock” who doesn’t get nearly as much attention as she’s deserved. (Vergara, meanwhile, does get plenty of attention…and rightfully so. Yowza!) Bowen’s great, but much of her performance involves staring incredulously at Ty Burrell, and Taylor’s a class act, but she’s outclassed here. And don’t even get me started on Kristen Wiig. If you’ve got something to say about her, say it here and here.

My pick: Breaking Bad. If you need any more explanation about this pick, then just hit up my blog for the series. It clarifies my feelings pretty well. 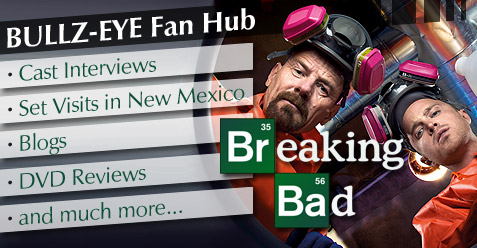 My pick: Bryan Cranston, “Breaking Bad.” As if there was ever any doubt, right? I said in September Laurie would earn an Emmy nomination based on his performance in the “House” season premiere alone, so it’s nice to see that I was right about that, and I’d probably have to turn in my TCA membership card if I didn’t cheer for Chandler’s nomination just on general principle. Fox’s nod seems more sentimental than anything else, though. It could well prove to be a three-way heat between Hamm, Hall, and Cranston, but I’m sticking with my favorite horse on this one. 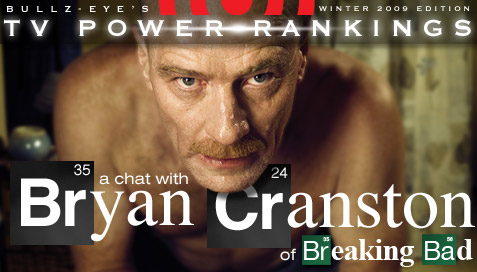 My pick: Julianna Margulies, “The Good Wife.” But with all due respect to Ms. Margulies, the person who I would’ve voted for didn’t even score a nomination…and, frankly, I’m pissed about it. In fact, I’m calling bullshit on the fact that January Jones received a nod for “Mad Men” while Anna Gunn was left out in the cold for her outstanding work on “Breaking Bad” this season. That’s right, I’m unabashedly calling out Jones as the one who doesn’t belong in this category: sure, she plays the ice queen to perfection, but if you saw her hosting “Saturday Night Live,” then you know that you’re seeing something not terribly far from her default setting. Jones coasted into this nomination via name recognition for the show, plain and simple, and not for her acting.

My pick: Terry O’Quinn, “Lost.” This is certifiably the single hardest category for me, because there’s literally no one in the running who I wouldn’t like to see take home the award, but gut feeling is that one of the two “Lost” cast members will end up winning, with O’Quinn being my personal favorite (not that Emerson isn’t great). In a perfect world, though, enough people would have watched the 3rd season of “Damages” to give their votes to Short. Braugher got to play a lot of great family drama, and, well, you know how I feel about “Breaking Bad,” but, seriously, Aaron Paul’s work this year as Jesse worked his way through rehab while dealing with emotional trauma was outstanding. And Slattery…c’mon, the guy makes me grin whenever he walks on camera. There are no losers here.

My pick: Christina Hendricks, “Mad Men.” I had a lot of trouble picking from my four favorite nominees here, but while Byrne, Baranski, and Moss were all great, Hendricks’ work with Joan’s struggles in her personal and professional lives made her the stand-out for me.

My pick: The Pacific. Sorry, “Cranford,” but betting against “The Pacific” would be like going into a Harlem Globetrotters game and expecting to see them have their asses handed to them by the Washington Generals. 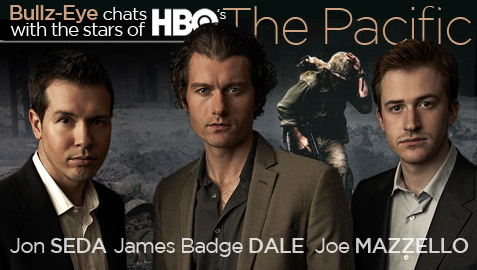 Outstanding Made for Television Movie:

My pick: Temple Grandin. The competition is pretty fierce here, with the big guns all coming from HBO, but as much as I liked the network’s other two nominees, “Temple” has the edge because of the way director Mick Jackson brought to life the way Grandin sees the world.

Outstanding Lead Actor in a Miniseries or Movie:

My pick: Al Pacino, “You Don’t Know Jack.” There were several occasions during the course of the film when I completely forgot that I was watching Pacino, and, man, I can’t think of the last time that happened. It’s good to have you back, Al.

Outstanding Lead Actress In A Miniseries Or A Movie:

My pick: Claire Danes, “Temple Grandin.” Yes, yes, we all know what was said in “Tropic Thunder” about performances like these, but the simple fact of the matter is that Danes did an exemplary job of capturing the awkwardness of an autistic woman trying not only to make it in a career dominated by men but, indeed, in society as a whole.

Outstanding Supporting Actor in a Miniseries or Movie:

My pick: David Strathairn, “Temple Grandin.” I’ve got nothing but love for the PBS performances, particularly Sir Patrick’s, but Strathairn’s calm performance played wonderfully against what Claire Danes brought to the table as the title character.

Outstanding Supporting Actress in a Miniseries or Movie:

My pick: Brenda Vaccaro, “You Don’t Know Jack.” This was another tough one, as Ormond and O’Hara were both exemplary…as was Sarandon, for that matter…but the brother/sister dynamic between Vaccaro and Al Pacino was too damned wonderful to ignore. 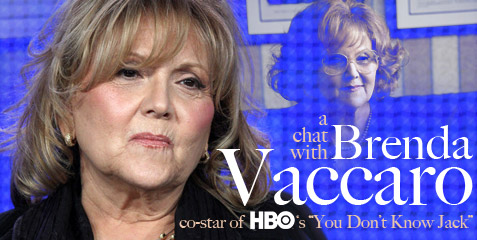 My pick: The Daily Show with Jon Stewart. I’d love to hear Conan’s acceptance speech if he won, but I think he’s gotten sufficient just desserts simply by being nominated, so I’d rather the consistently strong work of Stewart and his crew get the Emmy.

My pick: “Jamie Oliver’s Food Revolution.” It’s probably the least watched show on the list, but that never stopped “The Amazing Race” from winning in the past.

Outstanding Host For A Reality Or Reality-Competition Program

My pick: Phil Keoghan, “The Amazing Race.” Believe it or not, this season was the first time I’d ever watched the show. Say, you know, it’s pretty good!