Blu Tuesday: Waltz with Bashir, Confessions of a Shopaholic and Inkheart

I’m not exactly sure how movie studios decide when to release their films on DVD and Blu-ray, because sometimes (like last week, for instance), competition can be so stiff that titles get lost in the background, while if they were released just one week later during a day like today, they’d likely be the highlight of the all the new releases. Whatever the reason, it really makes it hard to be a consumer, because though there are few decent titles available on Blu-ray this week, the selection could have been so much better if some smarter planning was involved on the studios’ end. 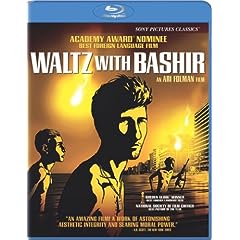 It might not have won the Oscar for Best Foreign Picture like many industry insiders had it pegged for, but “Waltz with Bashir” would certainly have been deserving of such an honor for its innovative fusion of documentary and animation. Equal parts interview and flashback reenactment, “Waltz with Bashir” is the latest from Israeli filmmaker Ari Folman who, after a friend tells him about a recurring nightmare involving the First Lebanon War, decides to reconnect with old acquantainces in order to recover lost memories of the 20-year-old event. Though the movie isn’t as potent as 2007’s likeminded “Persepolis,” “Waltz with Bashir” is a cinematic achievement that’s only downfall is its incorporation of news archive footage at the end. Though this is the kind of film you can really only watch once, cinephiles will love the extras included on the Blu-ray release, including a making-of featurette that not only debunks the general belief that the film’s visual style was achieved through rotoscoping, but details the advanced method of how the movie was actually animated.

“Confessions of a Shopaholic” (Walt Disney)

Completely undeserving of its critical lashing, “Confessions of a Shopaholic” might not be the most original romantic comedy to come down the pipeline, but what it lacks in originality it more than makes up for with a great cast, a solid script, and the manic energy of star Isla Fisher that is so captivating, you could bottle it up and sell it in stores. Of course, it’s hardly a movie you can expect a lot from in the special features department, but Disney has still done a pretty good job of putting together a decent collection of extras. The Blu-ray exclusive six-part “Behind the Fashion” may only run a scant 13 minutes long, but it covers everything from costume and production design to filming on location in New York. That’s hardly going to convince anyone to buy the film, but if you’re looking for a fun little date movie that won’t have you scratching out your eyeballs, you’ll be pleasantly surprised to discover that “Confessions of a Shopaholic” isn’t quite as bad as you were lead to believe. 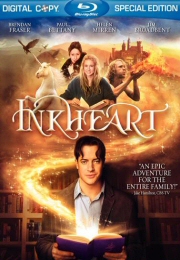 Movies adapted from fantasy novels are a hip thing to do these days, but very few of them are actually any good. The action/adventure film, “Inkheart,” falls somewhere in the middle, and though the source material probably wasn’t worthy of the big screen treatment, fans of the original book will likely enjoy seeing the world come to life. Still, based on the deleted scenes included on the Blu-ray release of “Inkheart,” it’s no wonder the film’s release was delayed in order to accommodate reshoots. This is a movie that clearly had no direction during the course of production, and though the final product is definitely better as a result of the reshoots, it’s easy to see why it bombed at the box office. The addition of a DVD copy of the film certainly adds some value to the two-disc set, but the rest of the special features are so utterly pointless that they won’t be repeated here.

“The Pink Panther 2” (MGM)
“The Code” (First Look)
“Origins: Spirits of the Past” (Funimation)