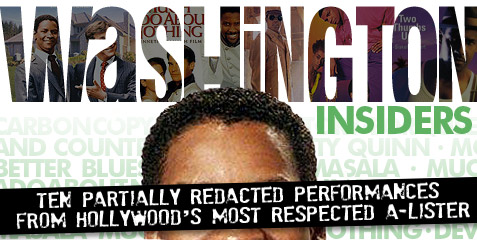 Friday’s big release is Tony Scott’s remake of a relatively obscure, but beloved, seventies suspense-action flick, “The Taking of Pelham 1-2-3.” I haven’t seen the new version, but the original is notable for surprisingly large amounts of comedy given the deadly subject matter, and one of the most authentic recreations on film of what it feels like to be in New York City. It’s also one of a handful of action/tough guy films to feature the unlikely but always effective presence of Walter Matthau.

But while the original had Matthau, the new one has another actor who, in a very different way, is also in a class by himself: Denzel Washington. To celebrate the career of the charismatic, old-school movie star and true master thespian (and an personal favorite of mine), Bullz-Eye is covering ten films from the actor’s past you may not be familiar with. Even playing in a frequently tasteless, shtick-based, comedy as a complete unknown, he had class and hard-earned talent to boot.  Read “Washington Insiders” here.

And the most fun part of working on a feature like this? It’s discovering surprising moments from a star you thought you already knew. Like this moment, featuring a bit of New Orleans/Professor Longhair style piano blues and some reggae Bob Dylan. I don’t think that’s him playing piano, but I believe he’s actually singing there, and not badly.